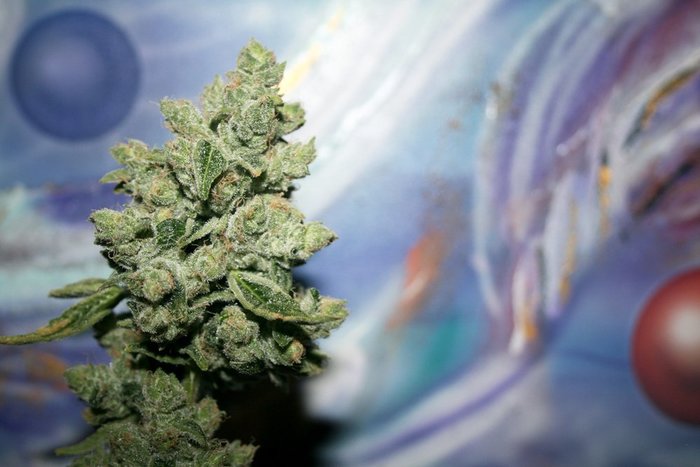 The Jungle Boys are a prolific growing collective responsible for some of the most interesting and aromatic cannabis flower strains around. If you live in Southern California, you’re lucky enough to try their innovative and pungent strains, many of which smell like a freshly baked dessert. The Jungle Boys are a family and friend operated business that takes pride in producing unique cannabis strains that can’t be found anywhere else

Who Are the Jungle Boys?

The Jungle Boys have cemented their claim in cannabis history as some of the best growers with their painstaking and proven cultivation methods including their prodigious pheno-hunting techniques they employ. Pheno-hunting is a complex growing operation that can take years to get results. The Jungle Boys plant hundreds of seeds at the same time hoping to find one with intriguing, resilient, and unique phenotypes. Their diligent work has paid off. Today, they’re known for developing new and exciting strains for cannabis connoisseurs.

The History of the Jungle Boys

The Jungle Boys opened up their first brick-and-mortar shop in 2005 and gained local recognition through their innovative growing techniques. Ivan, the founder of the Jungle Boys, was influenced to grow cannabis plants by his mom who grew these plants in his childhood backyard. Her tips helped Ivan learn how to keep a low-key grow going without attracting unwanted attention.

Ivan worked elsewhere, while maintaining a passion for cultivation. When his dad was diagnosed with stage IV cancer, their doctor recommended cannabis after chemotherapy wasn’t working. Ivan applied for a medical recommendation and began purchasing cannabis for his dad from Toluca Lake Collective, also known as TLC, in Los Angeles.

While Ivan’s dad passed away, cannabis products helped his dad find relief during his final moments. Ivan was inspired to foster his growing passion and eventually settled on building out his grow operation to sell to dispensaries all while working over 14 hour shifts. He continued to work long hours to support his family, while still making time for his cultivation efforts.

In order to scale the business, Ivan opened a dispensary called Nature’s Green Cure in Santa Fe Springs, CA. Ivan found success with his WiFi #43 strain after growing more than the recommended 100-plant limit. At the time, growers feared getting locked up for 40 years for growing more than 99 plants. Ivan took the risk and found his calling in finding the perfect phenotypes. Ivan was also successful taking over TLC in 2013 after partnering with them for many years before that.

Despite a lengthy court battle with the city of Los Angeles on compliance issues with TLC, the case was dismissed many years later, which let the Jungle Boys focus on meeting California’s legal market demand. The Jungle Boys weed business employs hundreds of workers to provide both the medical and recreational market with their most popular cuts.

The Jungle Boys weed business continues to grow as they open up new facilities. Ivan has included his entire family in the business, too. His daughter manages TLC, his wife runs the new clothing line, and his nephew manages the growing operations. As they continue to battle with knock-off strains, their status as premium growers continues to rise. 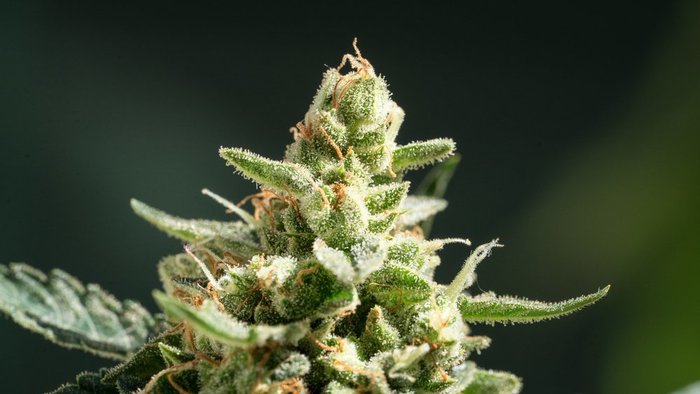 Ivan’s pheno-hunting work led him to start another breeding project (Exotikz) with Berner from the Cookies group. The Cookies brand is also known for their dessert-like aroma with strains like Thin Mint Girl Scout Cookies, Gelato, Sunset Sherbet, and more. Exotikz produces beloved strains in California and neighboring states.

Many Exotikz releases include Girl Scout Cookies, OG Kush, and Durban Poison genetics. They partnered with Reef Dispensaries in Las Vegas a couple of years ago to bring popular strains such as Purple Punch, Sundae Driver, and Strawberry Shortcake into Nevada.

As mentioned previously, the Jungle Boys plant hundreds of different phenotypes in search of just the right one that smells and yields the best. While other brands are focused on bag appeal, the Jungle Boys focus on rich terpene content. Here are some of their most popular strains you might have come across.

Sundae Driver is an indica-dominant hybrid bred from Fruity Pebbles and Grape Pie, so you can just imagine how good it smells. Consumers have noted sweet and chocolatey scents as well as purple leaves from this hybrid. Sundae Driver is said to provide a relaxing and potent body high, perfect for a lazy Sunday.

Jungle Cake is an indica-hybrid made by crossing White Fire 43 (WiFi 43) with Wedding Cake strains. These flower buds are large, dense, and heavily frosted in trichomes. Their unmistakable OG smell of citrus and pine are all there for you to enjoy. Consumers report a burst of euphoria coupled with full-body relaxation after a few hits.

Strawberry Shortcake is the first Exotikz release, which is made with White and Wookies strains. The result is a heavy indica with a distinct strawberry aroma and flavor. Its most common terpenes include limonene, myrcene, and alpha-humulene. Consumers also noted notes of tropical fruits such as mango as well as some spicy undertones. Its high THC content is said to provide cerebral and uplifting effects that can be used during any time of day.

Mimosa #14 was selected as the best of the bunch and for good reason. It went on to win first place at a Chalice Cup. It’s a cross between Clementine and Purple Punch strains. The strong genetics give Mimosa an orange and grape-flavored smell and taste with its relatively high beta-caryophyllene and linalool levels.

Pie Hoe is a cross between Grape Pie and Tahoe OG resulting in this indica-dominant strain. Try this strain if you love grape-like, diesel, and spicy aromas. This strain features high levels of myrcene, beta-caryophyllene, limonene, and terpineol. A few puffs and consumers report feeling pleasantly relaxed and ready to binge watch their favorite show.

If you’re an OG fan, you’ll love the Topanga Canyon OG strain. Its a cross between Topanga and Sweatband strains. This indica-dominant hybrid strain has a strong piney, citrusy, and diesel flavor that will remind you of other OG varieties.

Zacks Pie has the same genetics as Wedding Pie, Grape Pie, and Wedding Cake, and is an homage for a Jungle Boys employee that passed away. It features up to 27 percent THC and strong purple hues throughout. These dense and fox-tailed buds are grape-flavored, but also have a strong Wedding Cake smell that’s sweet and slightly minty.

Where to Buy Jungle Boys Weed? 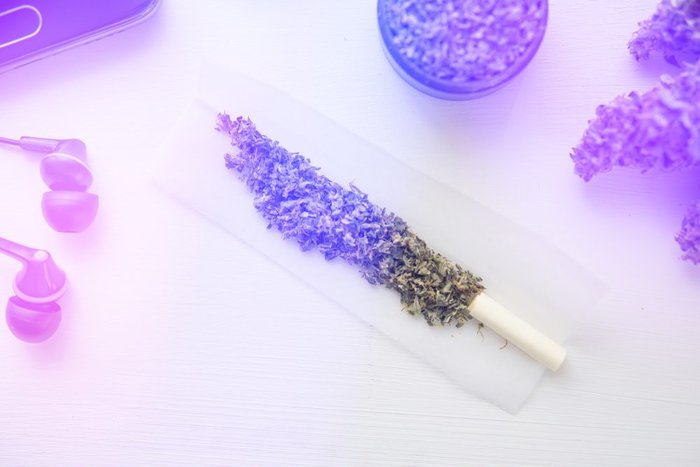 For now, the Jungle Boys’ weed can mainly be found at TLC and Los Angeles Farmers dispensaries. Both locations each carry about a dozen of the Jungle Boys most sought-out buds such as Wedding Cake, Topanga Canyon OG, White Durban, Florida Cake, and Grape Head. Make sure to follow their Instagram page for news on new strains and more.

The Jungle Boys and their offshoot group, Exotikz, have made their mark on the Southern California weed market. The Jungle Boys’ hard work has paid off by searching for the finest and most complex aromas from hundreds of plants of the same seeds.

FOR THE BEST CANNABIS DEALS, HEAD TO THE LEAFBUYER DEALS PAGE!

50% OFF 1ST TIME ORDERS
All first time online orders from Leafbuyer receive 50% OFF! (Check back soon on an exclusive coupon code)
VIEW
OFFER

SAVE 30% ON CBD ENERGY
USE CODE: LEAF30
VIEW
OFFER

20% Off Walk In Special
In the Longmont area? Receive 20% off of your entire purchase when you stop in to pick up your product and show this coupon.
VIEW
OFFER

Oil Stix at Medicine Man
Present this offer at either Medicine Man location and get BOGO 50%off Oil Stix syringes and cartridges.
VIEW
OFFER

Leafbuyer Exclusive Discount!
Get 20% OFF your total purchase with code: LEAFBUYER at checkout! (Not valid on value packs)
VIEW
OFFER

15% Off BirthJays Use Code jays15E
Perfect for a birthday, or 420 friendly event.
VIEW
OFFER

10% OFF
Enter your email on our website to get 10% off your next purchase!
VIEW
OFFER

VETCBD for 25% Off Purchase
Save Money on CBD!
VIEW
OFFER

Save 15%
Use code LEAF15 at checkout!
VIEW
OFFER

Save 30% on CBD!
Use Code: LB30% at checkout to save 30% on all orders at www.CBDInfusionz.com! Can be used multiple times.
VIEW
OFFER

50% OFF all Wellicy Branded Products
Not eligible for 3rd party vendors on site.
VIEW
OFFER

Naturally Hemp: Save 10% On Your First Order.
https://www.naturallyhemps.com/
VIEW
OFFER

10% OFF True Nature CBD
Enter code 10%OFF at checkout and enjoy 10% off your CBD order today!
VIEW
OFFER

Get Your Bob On: Check Out Rocky Mountain Bobs
https://rockymountainbobcbd.com/
VIEW
OFFER

Save 20% On Every Order: Use Code leaf20
Save 20% On All Orders From WYLD CBD
VIEW
OFFER

10% off Flav THC Products!
Get Flav THC products delivered next day, use code leafbuyer10 for 10% off!
VIEW
OFFER

Leafbuyer Exclusive 15% Off!
Get 15% Off when your order through Leafbuyer! Click here
VIEW
OFFER

10% Off All Products: Use Code LEAF10BUYER
Enter text…
VIEW
OFFER

New Customer Discount 15% off
Receive 15% off of your first order when you create a new account. Use code welcome15
VIEW
OFFER

New Customers Save 20% with Code NEW20
Use Code NEW20 at Checkout!
VIEW
OFFER

Keef Brands & OilStix coupons await!
Go to online to “www.keefbrands.com” to sign up for monthly deals! All you need is your email.
VIEW
OFFER

Consumer Education: The Difference Between BHO Shatter and Wax

How Can I Relieve Cramps and PMS with CBD and Cannabis?

Why Guess? Let Cannalator Help You Measure THC for Edibles

DISCLAIMER: Content on this site is for reference purposes and is not intended to substitute for advice given by a physician, pharmacist, or other licensed health-care professional. Always seek the guidance of your doctor or other qualified health professional with any questions you may have regarding your health or a medical condition. Never disregard the advice of a medical professional, or delay in seeking it because of something you have read on this Website. You should not use this information as self-diagnosis or for treating a health problem or disease.

Information and statements regarding cannabis and hemp products have not been evaluated by the Food and Drug Administration and are not intended to diagnose, treat, cure, or prevent any disease or health condition. Leafbuyer.com assumes no liability for inaccuracies or misstatements about products.